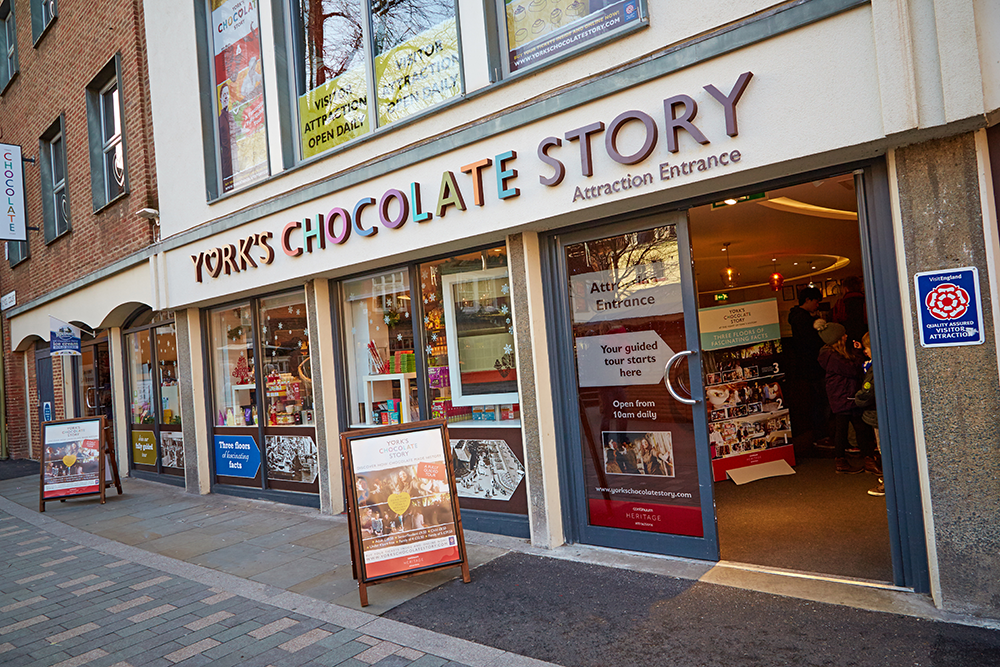 York is known as the City of Chocolate.

York’s Chocolate Story is an attraction where you are given a guided, interactive tour which takes you through the history of chocolate-making in York.

It is set over three floors – it’s not a huge building but it is laid out well.

It is in King’s Square, in the heart of York at the top of the Shambles.

This was my favourite part of our trip to York. An excellent guide led us through the different sections. My children enjoyed it too even though my daughter doesn’t actually like chocolate (a bonus for me as she gave me all hers)! 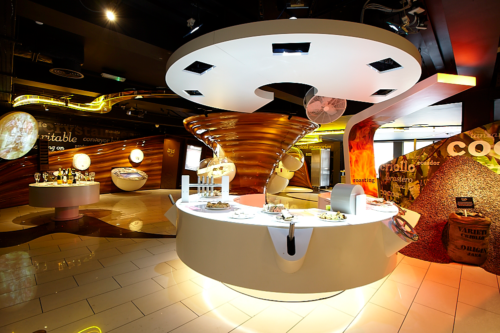 *The ‘free’ samples you get along the way, starting with chocolate how it used to be made.

*The clever chat between founders of the city’s chocolate dynasties in framed pictures, interacting with each other and also with the guide. As the guide handed around a tin of Quality Street, one even says: “That’s not very Yorkshire!”

MORE:  Jorvik Viking Centre in York - our review and tips

*A lesson in the best way to eat chocolate.

*Watching chocolates being made in a mould and then getting to taste the results.

*Book in advance, especially in the school holidays, don’t expect to just walk in. Tours run every 15 minutes at peak periods but take a maximum of 25 people.

*There is a film shown at one point which may be frightening to some children, with scenes of ancient combat. It was in the second area of the tour, in a small theatre. We sat at the front and I wish we’d sat at the back. 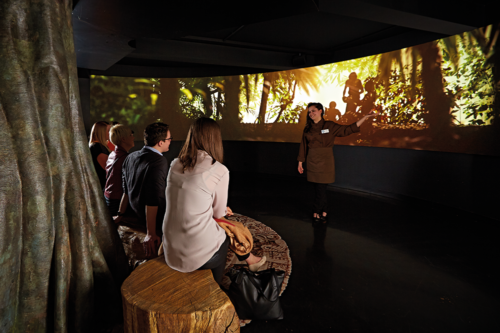 The film might be a little frightening to some children

*Children under four are free of charge but buggies may not be allowed during busy periods.

*Five million Kit Kats are produced in York every day – more than oen billion every year.

*The Rowntree factory once employed 14,000 staff.

Kit Kat is very popular in Japan where the name sounds like ‘kitto katsu’ – a Japanese phrase that means “surely you will succeed”.

MORE:  How to beat the queues at LEGOLAND Windsor Resort with the Reserve & Ride (formerly Q-Bot) Ride Reservation System

Food: There is a café and shop at the start/end of the tour.

Opening hours: From 10am daily. Last tour at 4 or 5pm depending on the season.

Best for: Ages six and above

Access and restrictions: A lift can be used to access all floors and there is an accessible toilet.

Most guests will stand throughout but there are a few chairs in each room.

Allergies: The chocolate products are produced in an environment where nuts may be present. Nut free, dairy free and gluten free chocolate is available on request.

RELATED CONTENT: Our trip to York – full review and tips

*A York Pass is the city’s official sightseeing card. Once you buy one, you have access to over 40 attractions in York and beyond.
We were given York Passes for review purposes all views are our own.

MORE:  Where to go on your family holiday in January - our tips for finding the sun and the fun
votes
Article Rating
MORE: The best things to do in Stratford-upon-Avon for families
Get email updates to comments
0 Comments
Inline Feedbacks
View all comments