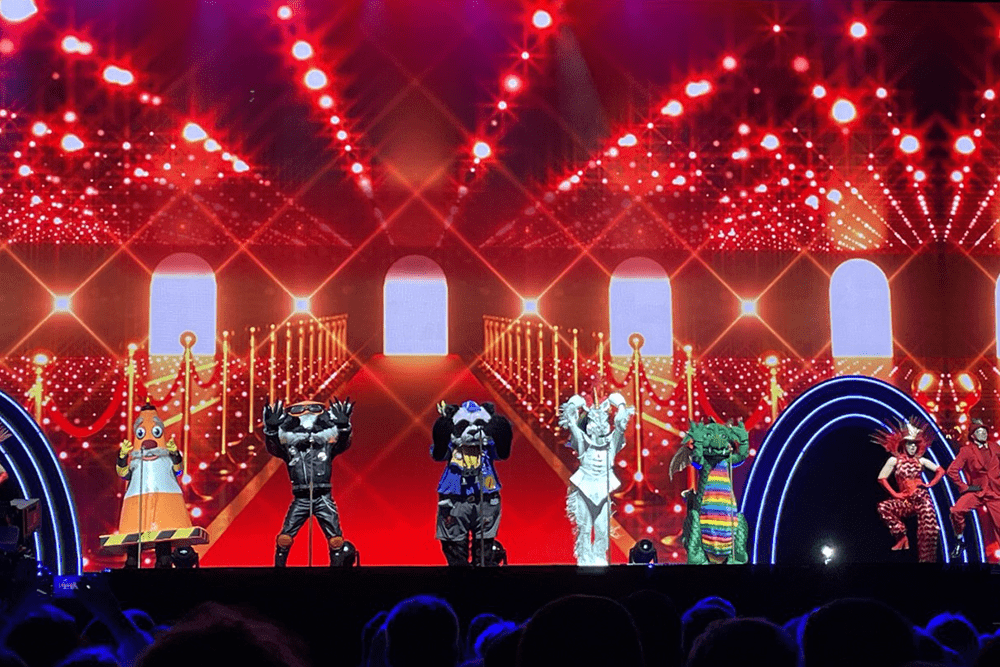 The Masked Singer is the surprise television hit that is part singing competition and part guessing game which sees celebrities dress up in crazy costumes.

Clues are given about each celebrity so you can try and guess ‘who is behind the mask’.

In our house we are avid viewers – the children love it – so we were thrilled when it was announced that a stage version was to tour the UK.

We bought tickets to the first night in Liverpool, so here is our review plus all you need to know.

We saw it at the M&S Bank Arena in Liverpool for the very first live show.

It will also be in London, Birmingham, Newcastle upon Tyne, Glasgow, Manchester, Leeds, Sheffield and Nottingham.

*The host – as in the ITV show – is comedian and presenter Joel Dommett.

He got a great reception from the audience. 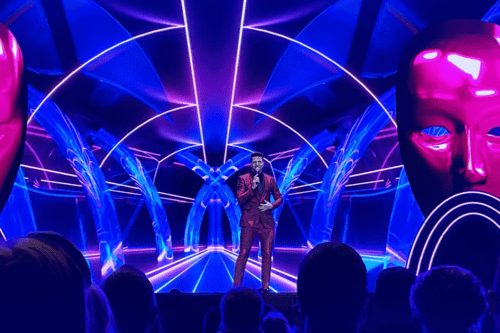 Joel Dommett on stage in Liverpool

*The panel is made up of singer and tv personality Denise Van Outen (Fox in Series one) and JLS star Aston Merrygold (Robin in series two), plus a different third celebrity judge in each city. Ours in Liverpool was Samia Longchambon from Coronation Street.

MORE:  Gangsta Granny: The Ride comes to Alton Towers based on the popular book as part of the new World of David Walliams

*Five of the favourite characters sing and dance – at ours were Panda, Badger, Dragon, Unicorn and Traffic Cone.

Sadly it is not the original celebrities inside the costumes, but other great singers. They don’t take their masks off so younger children may not realise.

*Then there are two new celebrities to sing and be unveiled at each venue in new costumes – Space Pug and Baby Dino.

Who was behind the mask?

In Liverpool we had Simon Gregson (Steve McDonald, Coronation Street), who performed as Space Pug. 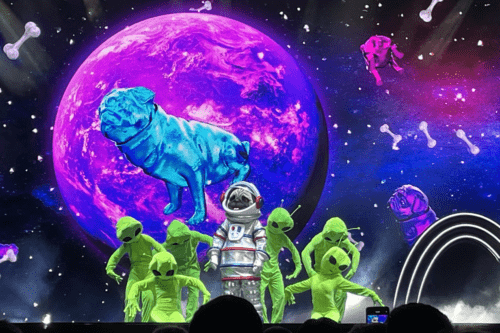 And singer and friend of Simon Cowell, Sinitta, as Baby Dino, voted best by the audience clapometer.

*Solos, duets and group numbers from the favourite characters. 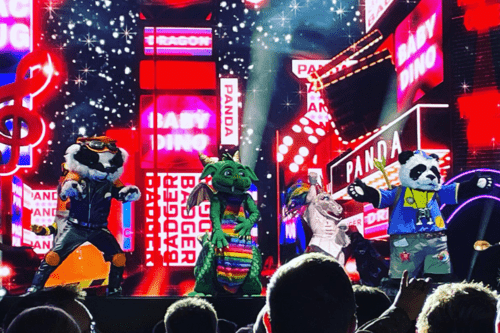 Badger, Dragon and Panda, plus Unicorn heading out on stage

*Most of the audience and all of the judges (including his Coronation Street colleague) guessing Simon Gregson to be Space Pug. The clues are much easier to guess than the television series thankfully.

*Joel going into the audience to ask people who they thought the masked stars were.

MORE:  The Buxton Crescent REVIEW and GUIDE – we discover if this luxurious spa hotel is popular with children

Who are the guest judges at each venue

The third judge at each venue to sit alongside Denise Van Outen and Aston Merrygold will be:

A great family night out for fans of the show.

How long did it last? It’s saying it’s on until 11