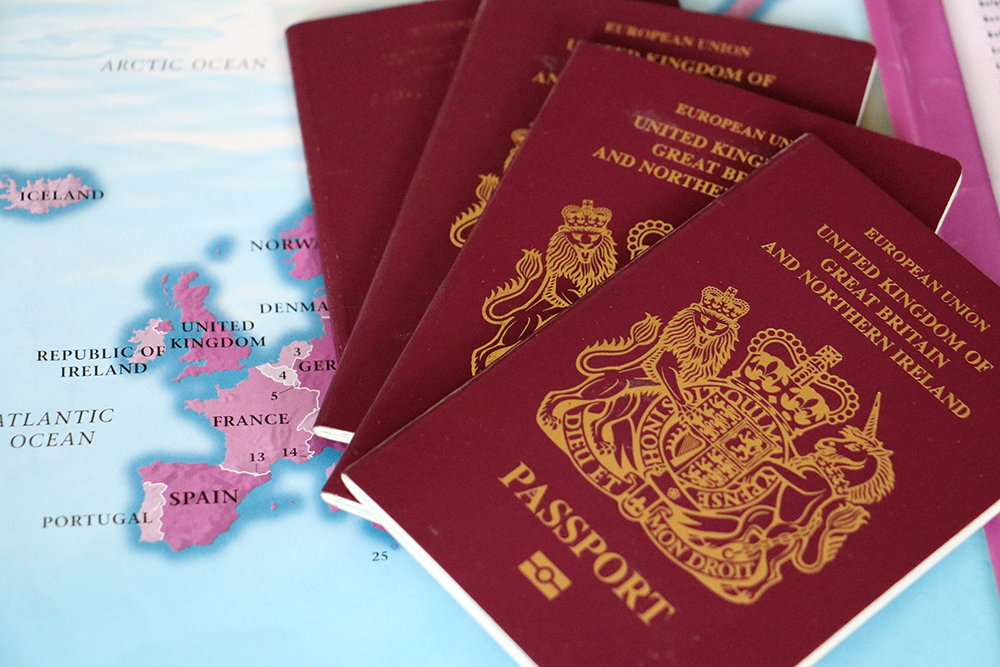 Brexit passport guide: Parents advised to check theirs and their children’s passports NOW

If you are planning a family holiday with your children to Europe, make sure you read our Brexit passport guide first

Holidaymakers are being urged to check their passports to ensure they will not be stopped from entering any European countries in the event of a no-deal Brexit.

Children’s passports are even more likely to need renewing.

So don’t delay, check your passports and read our guide to explain the situation.

What happens if there is no deal when the UK leaves the European Union on March 29?

If there is no deal before the UK leaves the EU then you will need to have at least SIX months left on your passport to travel in most EU countries.

Currently as long as your passport is in date you can travel freely.

As children’s passports only last five years, there is more chance of them being potentially out of date than adult ones, which last 10 years.

But non-Schengen countries Romania, Cyprus, Croatia and Bulgaria will have their own rules and may or may not decide to apply the six-month rule.

Travel to Ireland after a no-deal Brexit would be unaffected by these rules. Ireland comes under a Common Travel Area with the UK so the rules won’t change.

Brexit doesn’t make any difference to these arrangements. To travel outside the EU you often already need six or nine months left on a passport depending on the individual country. You may need a visa or ESTA too.

So will I need a travel visa to visit the EU after March 29?

Not at the moment but that may change if there is no deal.

What if there IS a Brexit deal?

If there is a deal it is likely the situation will be the same as it is now during the transition period which currently is scheduled to last until 2020.

How can I check for sure my passport is valid?

So what should we do?

If you are travelling soon after March 29 and any of your family’s passports would be invalid in a no-deal situation, then it would be best to renew early.

Please comment below if you have any questions for us.