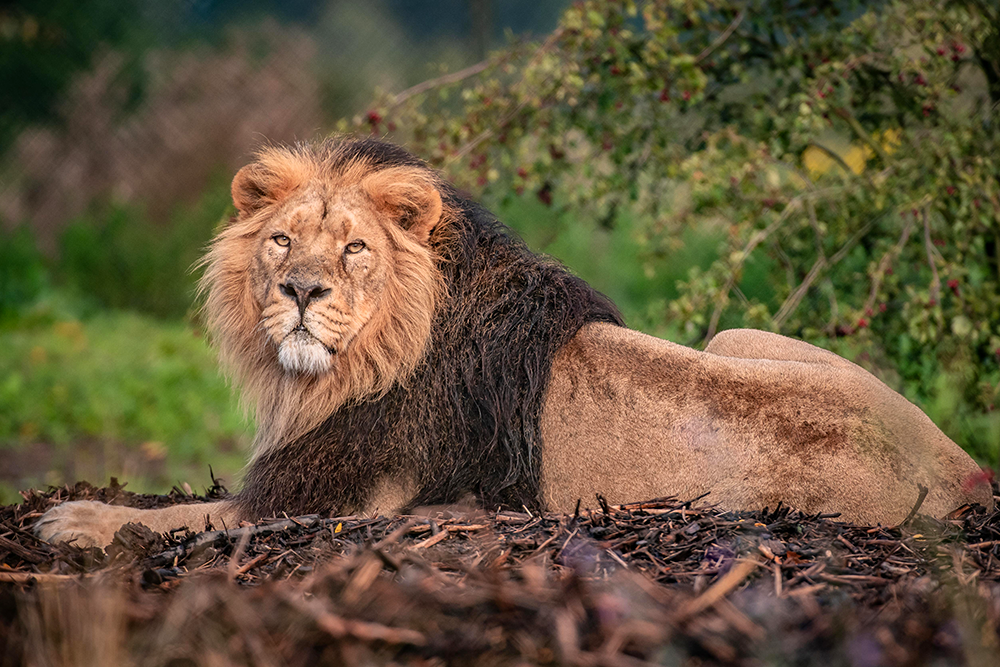 Chester Zoo has today opened a special new home for a pride of Asiastic lions – the world’s rarest lion species, on the brink of extinction.

The lions have taken their first steps in the new conservation area, which is designed to recreate the environment of the Gir Forest region of India, where the last few hundred Asiatic lions live in the wild.

Lionesses Kumari and Kiburi and adult male Iblis, all aged 12, explored their new home before it opened to the public. 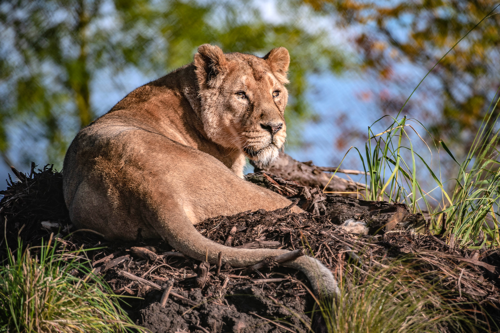 Dave Hall, team manager of carnivores at Chester Zoo, said: This brand new habitat at the zoo – the largest in the UK – really is a fitting new home for them.

“Their retractable claws, which they use for gripping tightly on to prey, can be up to 38mm long and they have rough tongues, like sandpaper, for scraping meat from bones.

“They are truly majestic animals.”

The species is ‘endangered’ on the International Union for the Conservation of Nature’s (IUCN) ‘Red List’ of threatened species – meaning it faces a high chance of extinction.

Poaching, human-wildlife conflict, habitat loss and disease have caused a catastrophic decline in Asiatic lion populations, which once roamed across Northern Africa, Greece, Turkey and Asia but are now confined to one small region of India.

Around 650 of the lions are thought to remain in the wild and this facility could be a major boost to the European breeding programme for the species.

Dr Mark Pilgrim, Chester Zoo’s chief executive officer, said: “This remarkable species is facing a very uncertain future. The European endangered species breeding programme is critically important. If the worst was to happen in the wild, good zoos would be the only thing standing between Asiatic lions and extinction.

“We’re very proud to be able to give the Asiatic lion pride the world’s best conservation breeding facilities. We also hope the new area will help us raise much needed awareness about the plight of Asiatic lions.”

The area – which has been specially created by the zoo’s carnivore experts – spans 4,780 square metres. 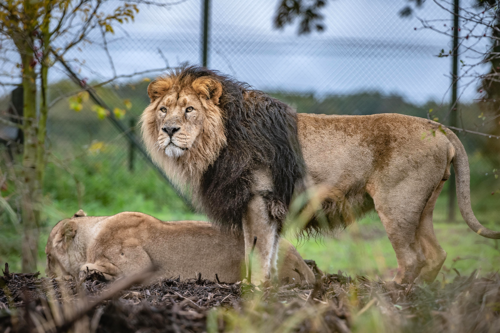 It is a dry forest habitat with raised hilltop viewing points for the pride, heated rocks, a water hole and heated indoor dens, which zoo experts hope will one day be the perfect environment for cubs.

Dr Pilgrim added: “Lions were among the first carnivores cared for here by Chester Zoo’s founder George Mottershead. He was a pioneering animal welfare advocate, who realised his vision for the first ‘zoo without bars’.

“Our ongoing habitat creation programme continues to deliver George’s ‘always building’ philosophy, which has pushed the boundaries of world-class animal welfare and  conservation in zoos.”

*The Asiatic lion (Panthera leo persica) is a subspecies of the lion which today survives only in India.

*Asiatic lions stand at between 1 and 1.2 metres tall.

*They are the most sociable of the big cats, led by a dominant male who is the only male in the pride who can mate.

*Their long tails with black tufts at the tip help them to balance, communicate their mood and lead other lions through long grass. The tuft hides a sharp spike at the end of the tall, which is their spine.

*Only the males have manes, which are to attract females and intimidate other males.

*They communicate in varied ways like grooming each other and rubbing heads.

*Lions defend their territory by roaring and scent marking. Scents also help a male to discover if a female is in season.

*Asiatic lions spend between 16 and 20 hours each day resting. They have few sweat glands so they wisely tend to conserve their energy.