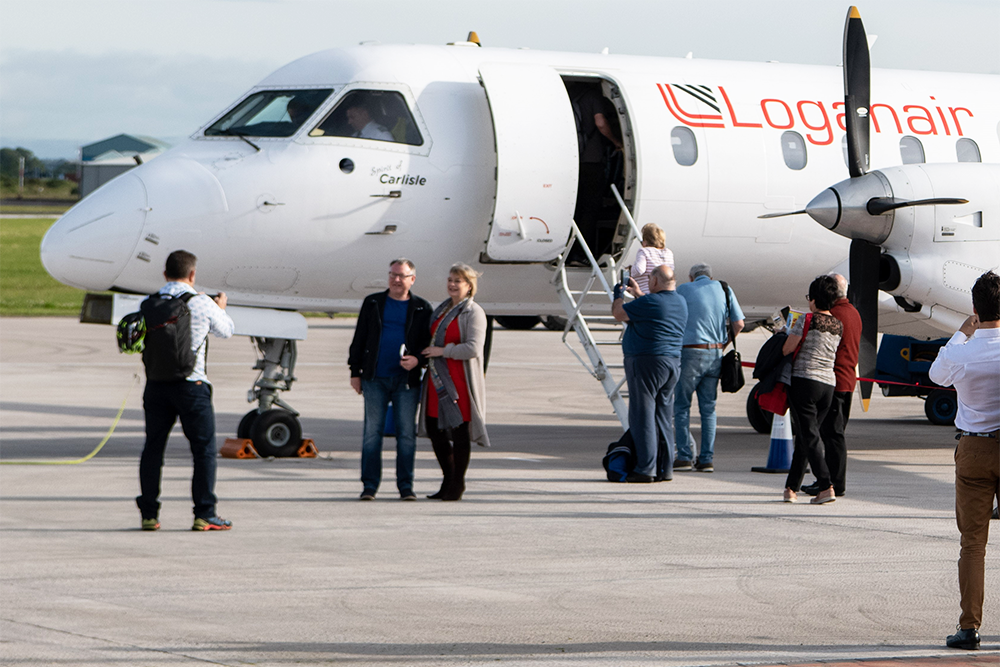 An English airport reopens to passenger flights after 26 years

The first passenger flight since 1993 has taken off from Carlisle Lake District Airport to the delight of families in the area and those wanting to holiday there.

The airport, serving Cumbria and southwest Scotland, has been transformed with a new and modern terminal, a Borderlands Cafe and new runways and taxiways.

It started out as an RAF airfield and once had scheduled services from Heathrow.  But it has had no passenger flight since 1993.

Owned and run by the Stobart Group, it opens Cumbria and the Lake District region up to the South East of England, Northern Ireland and The Republic of Ireland.

Cumbria is a hugely popular tourist hotspot with families – 47 million people visited in 2018 and tourism contributes £3 billion to the local economy per year.

Gill Haigh, Managing Director of Cumbria Tourism, said: “Just imagine being in a busy central London office on a Friday afternoon and then dipping your toes in the lake as you enjoy the sunset over the stunning Lakeland fells later that same evening.” 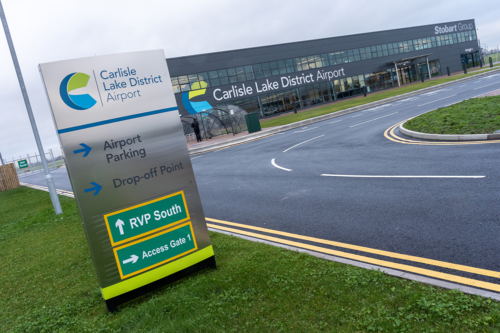 The airport is near to two World Heritage Sites – the Lake District National Park and Hadrian’s Wall.

The London connection is also expected to be used by staff working for BAE Systems at Barrow-in-Furness and the Sellafield nuclear site.

Jonathan Hinkles, managing director at Loganair, said: “These three routes will be a complete game-changer for the region’s connectivity with London and Ireland – extremely beneficial for the business community and highly convenient for tourists booking breaks to the Lake District.”

Loganair will use 33-seater Saab 340B aircraft to operate the flights, with nine return services on weekdays and five at weekends.

Passengers will be offered a free minibus ride to and from Carlisle city centre.

Fares via www.loganair.co.uk, to Belfast City start from £39.99 and to Dublin and London Southend from £44.99 – including 20kg of baggage allowance.