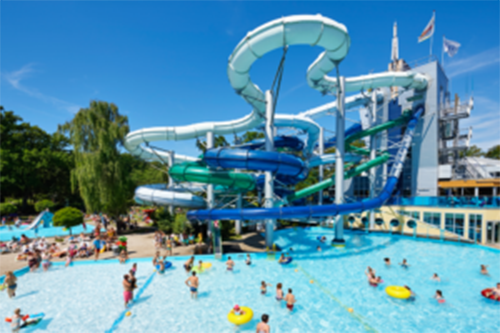 We review Duinrell in the Netherlands to find out if a theme park, water park and beach makes for a perfect family holiday

Forget double Dutch. We have discovered a triple treat in Holland – a holiday heaven for children which combines a theme park, water park and beach.

I’m sure we never would have stumbled across this gem without a recommendation from a friend whose family return year after year.

Duinrell holiday and amusement park is in the upmarket town of Wassenaar, 25 miles from Amsterdam, on the south-west coast – where the Dutch royal family spend some of their time.

The tranquil setting of the accommodation, between woodland and sand dunes, is in contrast with the high octane excitement of its theme and water parks.

There are a choice of chalets, called Duingalows, as well as various camping options. 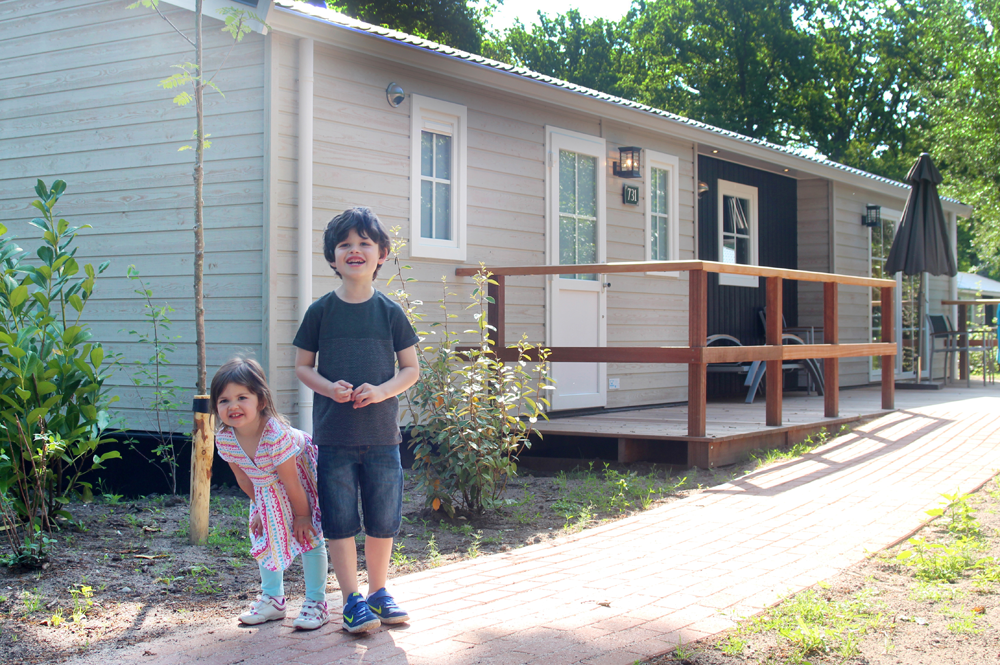 A Duingalow at Duinrell in Holland.

Our newly-built lodge was modern and fully equipped. It had three bedrooms, a kitchen with dishwasher, open-plan lounge/dining area and a secluded terrace, from which to enjoy the leafy surroundings.

If you aren’t cooking then there are several restaurants and takeaway options on site and in the nearby town.

Our two were thrilled to use their scooters to explore but a lot of families were on bikes, which can be hired along with electric bikes and go-karts.

First we headed to the amazing theme park. 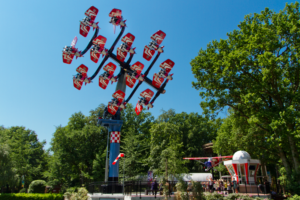 The theme park at Duinrell in Holland

Adrenaline lovers and children aged eight to 18 would get the most out of all the roller coasters and other rides.

Our two are younger but found plenty to do too and as we stayed during the week at half-term, there were lots of English people but no long queues. It was noticeably busier on the Friday when we left.

Secondly, if you’re after more thrills and spills, the park has a fantastic indoor water park called Tikibad with enough slides and waves to keep everyone happy. 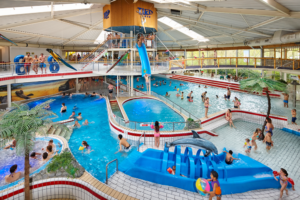 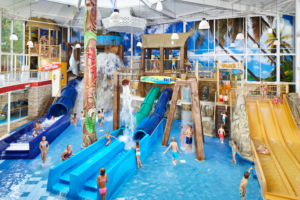 With our accommodation, we had free entry to both the water park and the theme park.

And finally, the big, sandy Wassenaar beach is just two miles away. 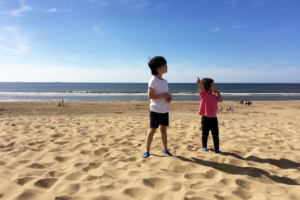 There are fabulous cycle lanes everywhere so we hired bikes to enjoy the safe route through vast sand dunes to enjoy time together by the sea.

Cycling may be the way to get around in the Netherlands but the cheapest way we found for us to get to Duinrell was by car and ferry.

We used the DFDS ferry from Dover to Dunkirk. It was a bank holiday and long delays at Dover passport control meant we boarded with just three minutes to spare.

The children loved exploring the spacious ship and restaurants and the one hour 50 minute crossing passed quickly.

From Dunkirk, it was three more hours in the car, on increasingly flat terrain dotted with wind turbines.

With its woodland walks and sand dune scrambles around Duinrell, as well as the popular Luciano ice cream parlour in Wassenaar, you don’t need to leave the area.

But we took a trip to the university city of Leiden. It had charming canals, cobbled streets and waterside markets where we sampled Dutch pancakes called poffertjes.

Holland might not be the first place that springs to mind for a summer holiday but you needn’t think twice about trying a trip to Duinrell with its trio of family attractions.

Accommodation: We stayed as guests at Duinrell holiday and amusement park in Wassenaar, Holland for the purposes of this review. All opinions are our own.

Travel: We travelled by car and via ferry from Dover to Dunkirk, courtesy of DFDS.