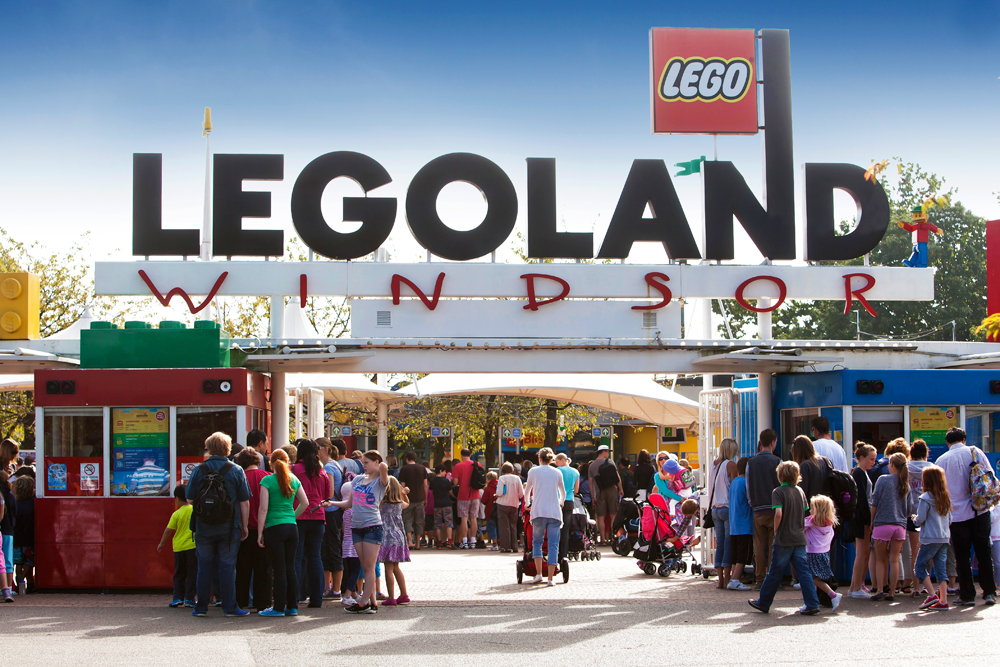 LEGOLAND Windsor is a theme park for children based around LEGO toy building bricks. It has more than 55 rides and attractions and opened in 1996 – the second LEGOLAND – the first was LEGOLAND Billund in Denmark – read our review of that here.

It is in Windsor, Berkshire in England.

This is an interactive 4D ride. You sit four to a vehicle, put on 3D glasses and travel around a series of screens to battle enemies. You fire at them by using ninja hand movements which are detected by sensors while also feeling blasts of air and heat. Your scores are in front of you so you can see who does the best. 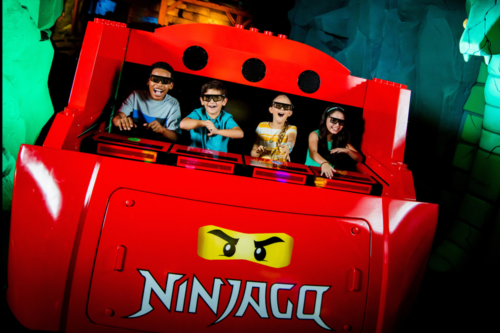 It was a little scary for our four-year-old daughter but great fun for our older son.

The queues are long for this popular ride, which opened as part of Ninjago World! in 2017. You can cut down waiting time with the Reserve & Ride reservation system on this ride.

This submarine ride to find the lost city of Atlantis was a highlight for our children and as it had one of the shortest queues, we did it twice in a row. 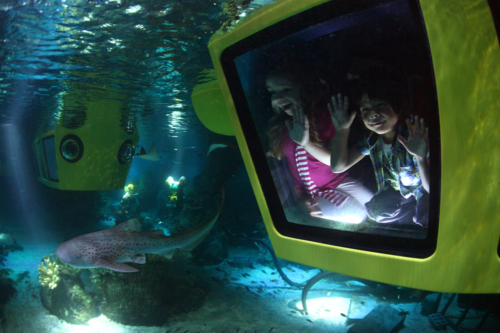 We saw Lego Ninjago – Master of the 4th Dimension at this 4D cinema. 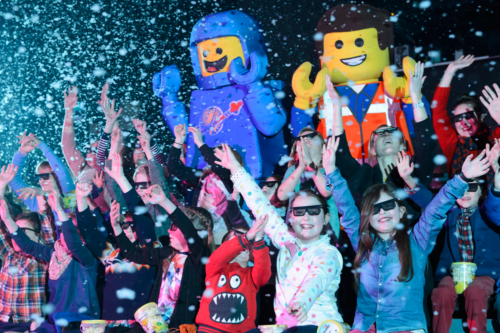 This is amazing for Ninjago fans, who can watch their favourite characters in stunning 3D while also getting the fourth dimension experience of being sprayed with water and fake snow and feeling the heat of fire (there are dry seats at the side for anyone who doesn’t want to get wet).

MORE:  Duinrell holiday and amusement park in Holland gives triple the fun for children on a family holiday

This indoor display was a welcome bonus on a wet day. But it is also a great walk through the most famous scenes from Star Wars films, made from 1.5 million LEGO bricks. 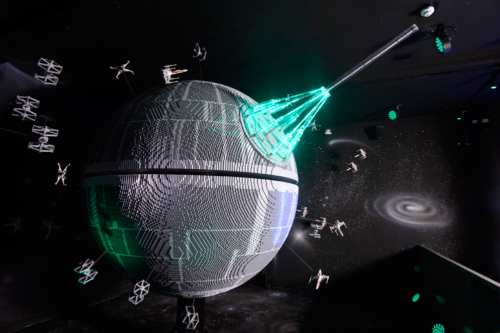 Explore the world in LEGO form at Miniland with famous sites and monuments from different countries built of the small bricks. 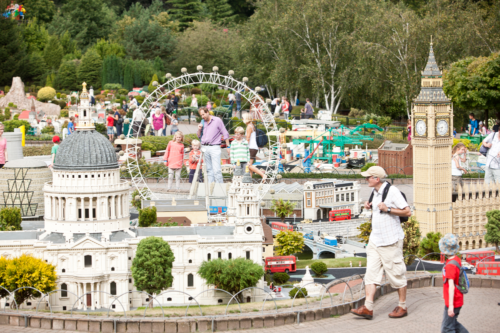 Just the very fact that this is all about LEGO is such a thrill for children – they are at LEGOLAND, LEGO is everywhere you look and the shops are full of LEGO sets.

This theme park obviously has the wow factor for LEGO fans, who will be excited as soon as they know they are going to LEGOLAND.

On the downside, it is showing its age in places and the queues are long for some of the rides. 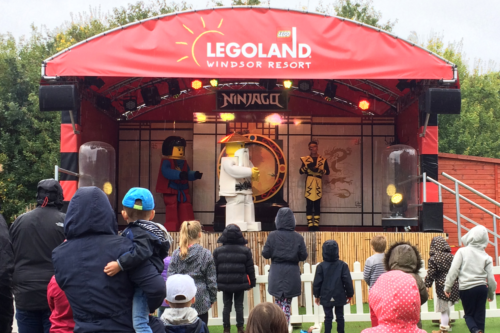 But it is otherwise perfectly pitched for young children. There are a good variety of attractions, shows and play areas and it is set in nice parkland.

*The rides open at 10am but the front of the park opens at 9.30am so to get a good parking space and be first at one of the more popular rides, get there early. You can kill time in the shop and look around Miniland but at 10am there is a stampede to the rides.

MORE:  The 'World of David Walliams' is being created at a popular theme park

*Parking costs £6 and you can pay in advance. For an extra £6 you can secure priority parking nearer the entrance. We were there fairly early both days and managed to get good spots without the extra charge.

*The Reserve & Ride (formerly called Q-BOTS) ride reservation service save a lot of queuing time but is expensive. There are three options, we had the Express version and hardly had to wait at all on the rides where we used them. In the cold and rain when we went, this was a huge relief and a big bonus and the staff treat you like royalty (although there is definitely some guilt to be felt at skipping on ahead of others patiently waiting their turn). You use the system on your mobile phone and can only use it on one ride at a time. Read our full guide to it here: How to beat the queues at LEGOLAND Windsor Resort with the Reserve & Ride (formerly Q-Bot) Ride Reservation System

*Buggies can be left outside rides at the owner’s own risk.

*There are two hotels – LEGOLAND Resort Hotel and LEGOLAND Castle Hotel, if you want to stay over on site, with themed rooms.  They are very popular and very expensive. There are also lots of cheaper hotels in the area.

*Be aware that there is not much to do indoors if the weather is bad so be well prepared with umbrellas and waterproofs. When it is raining particularly hard or you need to dry off for a bit, aim for attractions like the LEGO 4D cinema, Star Wars display, X-BOX Gaming Zone and Atlantis Submarine Voyage. Some of the queues for the bigger, indoor rides are also undercover – like the Ninjago Ride and Laser Raiders. Umbrellas and rain ponchos can be bought. (There is also free sun cream available around the site which I thought was a great idea).

*Check out height restrictions so you don’t have disappointed children. Staff are very strict and always check – for lots of rides children have to be over 0.9 metres (with a parent) and 1.3 metres to go on alone.

*There are obviously lots of temping LEGO sets and other LEGO products you can buy from shops. You can pay for your purchases and collect later as the shops can get busy at the end of the day.

*Take swimming costumes if you plan to try out Splash Safari where toddlers can splash and enjoy water features and DUPLO-themed animals.

Don’t miss our article: LEGOLAND Windsor – our 10 top tips to get the most out of your visit

Food: Picnics are allowed but there aren’t many picnic spots and even less under cover, as we discovered on our first day, standing up to eat our sandwiches, huddled under a shelter.

There are various restaurants and food stalls around the park, but it is quite pricey. We had a nice pasta pot at one stall on our second day, which helped to warm us up.

Opening hours: Varies depending on the day and time of year.

Cost: Tickets bought in advance online are from £29 and from £53 if bought at the park. Children under 90cm go free.

MORE:  We take our children to Imagine That! in Liverpool to discover why it is so popular with families

Look out for two-for-one offers and other discounts, plus you can use Tesco Clubcard vouchers or a Merlin Annual Pass.

Annual passes are also available as well as prices for short breaks, staying at one of the two LEGOLAND hotels.

Access and restrictions: LEGOLAND has a lot in place for guests with additional needs. It is a hilly site but there is a hill train, which has a carriage for wheelchairs and buggies. There is a Ride Access Pass for those who struggle to queue, a Wheelchair Access Pass, so people in wheelchairs can access the rides, disabled toilets and a Changing Places facility. There is also a sensory space.

RELATED POST: LEGOLAND Windsor – our 10 top tips to get the most out of your visit

RELATED POST: How to beat the queues at LEGOLAND Windsor Resort with the Reserve & Ride (formerly Q-Bot) Ride Reservation System

4 1 vote
Article Rating
MORE: The best things to do in Stratford-upon-Avon for families
Get email updates to comments
0 Comments
Inline Feedbacks
View all comments