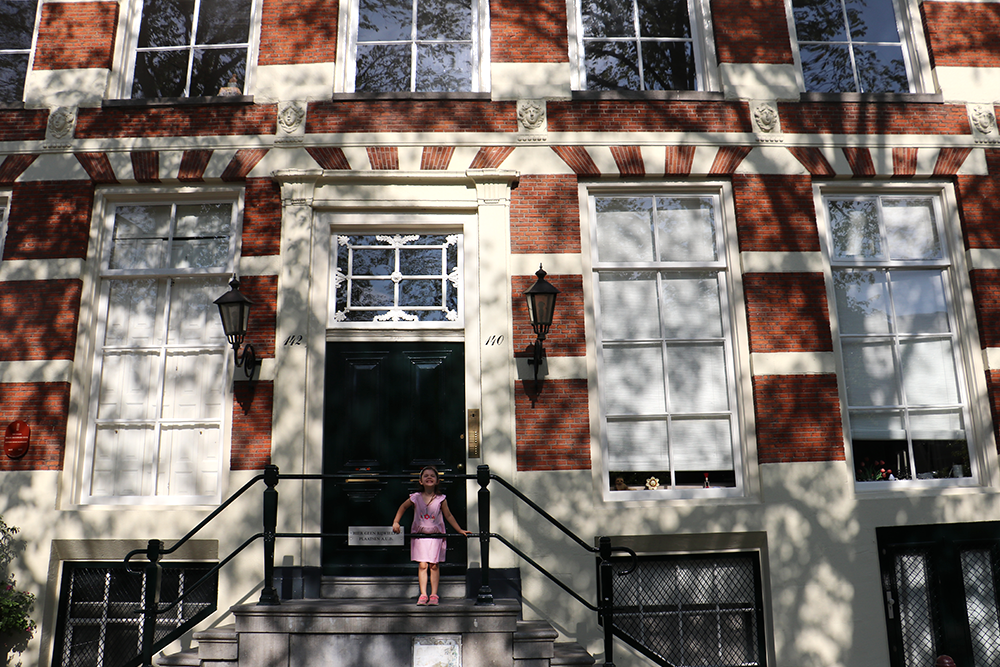 The first series started in March, 2017 when a boy called Max joins the Hunter family.

When he and the four other children Anika, Sal, Tess, and Daniel, wake up the next morning, they discover that their foster parents Erik and Kate have disappeared.

They turn detectives to try to find out what happened to them while keeping up appearances that everything is fine.

Their grand home also houses a museum, which the family run.

In real life though, the Hunter House exterior is a real home.

Our two children love this comedy/drama so when we visited Amsterdam they were keen to find this actual Hunter House.

The address is Singel 140-142, a small canalside road just outside the heart of the city.

We got there via a tram to Nieuwezijds Kolk stop and it was then about a five-minute walk, through some side streets and over a canal. 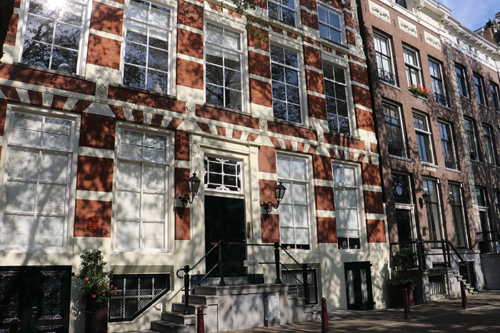 It’s a big, tall building on the canal. Our children were excited to see it and enjoyed having their picture taken outside but did complain the black door in the series had been painted dark green!

The house is private property so you won’t be able to go in and see inside.

Plus you won’t spot any of the stars as the actual show is filmed elsewhere in the Netherlands, in Aalsmeer. 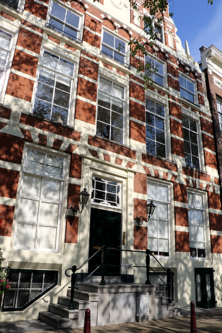 It is produced in the Netherlands by Blooming Media and was co-developed with the Nickelodeon Netherlands television series De Ludwigs.

RELATED CONTENT: Our full guide to getting around Amsterdam with children

RELATED CONTENT: Is Amsterdam child-friendly? We take a family trip to the beautiful capital of the Netherlands to find out

RELATED CONTENT: Amsterdam’s park and ride service – all you need to know

How to find house from second season of Hunter Street.

i love hunter street tv show it is awesome