Four holiday in Dorset: Following in the footsteps of the Famous Five 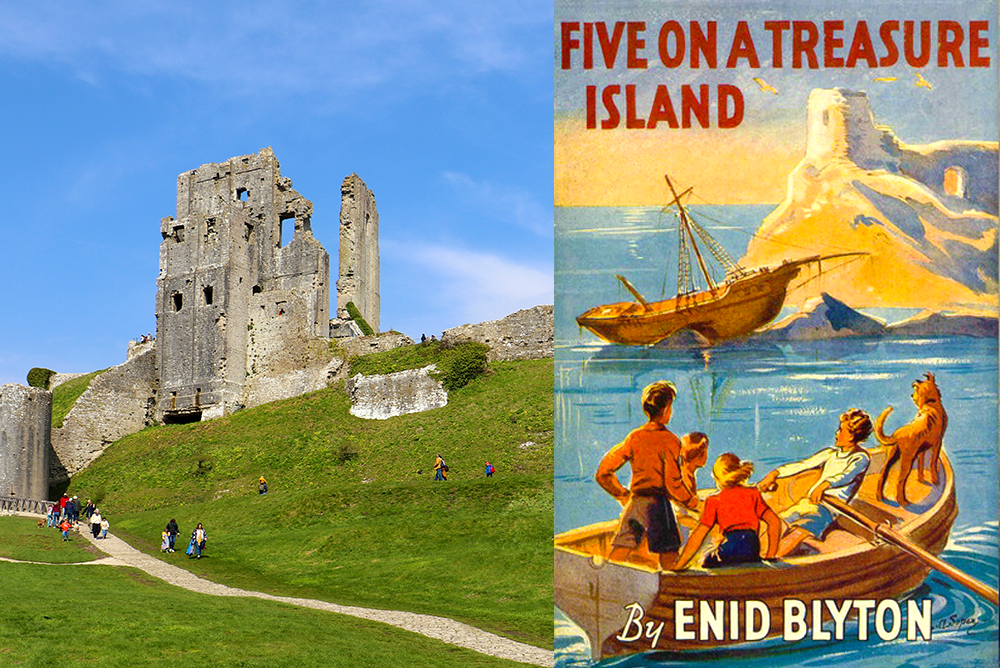 “Dick,” shout my children, calling to their dad as we climb the hill to ‘Kirrin Castle’.

I fare best when our children ask us to pretend we are the Famous Five for I get to be feisty cousin George (Georgina).

My son is Julian, my daughter, Anne and Timmy is our imaginary dog.

Today’s game feels far more real, as we are playing at the very locations in Dorset which inspired the Famous Five stories.

I devoured Enid Blyton as a child. Night after night I’d stay awake until all hours reading book after book, series after series.

So, it’s been magical to revisit childhood favourites with my own children from The Magic Faraway Tree through to the Adventures series.

The Famous Five stories may be old fashioned with some outdated ideas (I take the opportunity to explain this as I read). But with more than 100 million copies sold they remain as popular today.

The daring children have remarkably grown-up free adventures, finding treasure and smugglers and, it strikes me these days, never needing the toilet!

All amidst a rural backdrop of blue skies, sea and countryside, bicycle rides and lots of deliciously described picnics.

MORE:  We take our children and new dog on a family holiday to Cornwall - find out how we get on

Today we are exploring the Dorset Enid Blyton loved and visited with her family for over 40 years, on the Isle of Purbeck, (which is more a peninsula than an isle). 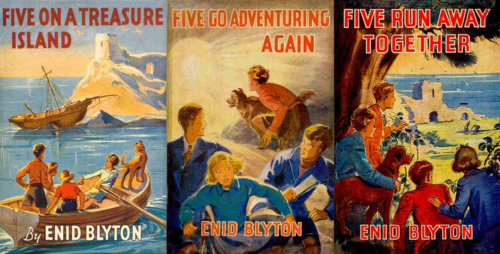 The first Famous Five book, Five on a Treasure Island, was published over 75 years ago, in 1942.

In it, we are introduced to Kirrin Castle, on Kirrin Island, which belongs to George, near her home in Kirrin Bay.

“It had been built of big white stones. Broken archways, tumbledown towers, ruined walls – that was all that was left of a once beautiful castle, proud and strong.”

The inspiration for Kirrin Castle is said to have been Corfe Castle in Purbeck, so this becomes our first stop.

It is not on an island but our children are thrilled as we near the fabulous ruins which loom over the surrounding area. 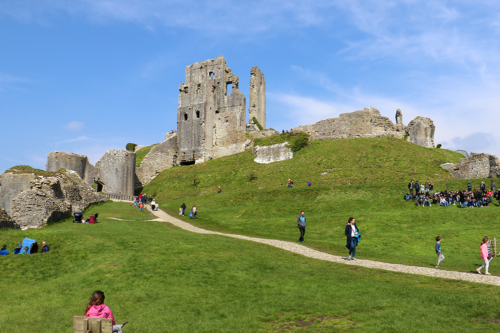 They race up the grassy slope to explore the 1,000-year-old castle, which survived the English Civil War when it was partly demolished by Cromwell’s troops and now belongs to the National Trust.

We explore all the hidden nooks and crannies and remember the adventures the Five had here, such as finding lost gold.

Even without the Blyton connection, we would have had a great time.

(Tip: If it is a school holiday get there early as parking in the small village of Corfe can be difficult. The small car park opposite the castle fills up quickly and the other option through the narrow village is a five to 10 minute walk away and was almost full when we visited). 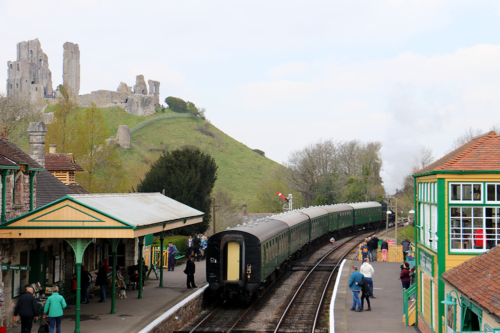 The steam train at Corfe

And this is something you can still do today – Swanage Railway runs steam trains between Swanage and Norden. There is a picturesque stop at Corfe Castle so you could arrive or depart from here on your Famous Five adventure.

Of course, the Famous Five often travelled by steam train – particularly to return from their boarding schools ready for the holidays and more adventures.

Next stop is the pretty seaside town of Swanage where Enid Blyton enjoyed swimming around the pier with her husband.

It was too cold for a swim when we went but we enjoyed a picnic, sadly no hard-boiled eggs, lashings of ginger beer or lemonade for us though. 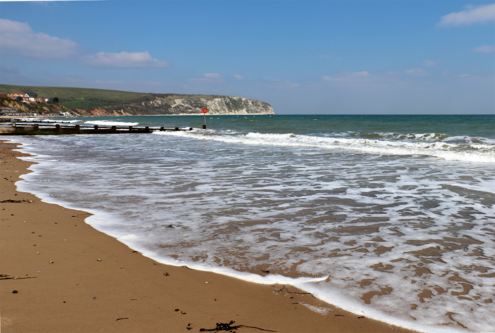 On quiet days – if you are in the car – you can park on the seafront, alternatively there are large car parks a short walk from the beach.

Brownsea Island, in Poole Harbour, is said to have been the inspiration for Whispering Island, described by Enid Blyton as Keep Away Island in Five Have a Mystery to Solve.

In Enid Blyton’s day, visitors were not allowed – but now it’s owned by the National Trust. 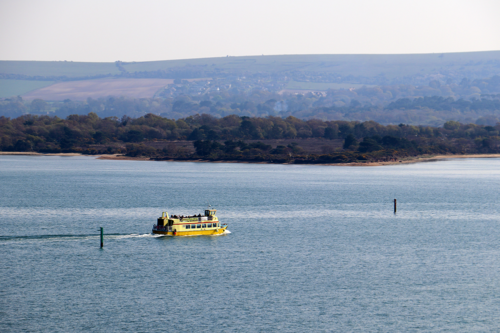 The ferry to Brownsea island

We caught a ferry over from Sandbanks to explore. Brownsea Island Ferries run regular services from Sandbanks and from Poole Quay to the island. Greenslade Pleasure Boats also run a ferry service from Poole. Departures are about every 30 minutes with the last boat leaving at 5pm.

Once you have landed on the island there is lots to explore, the wildlife there includes rare red squirrels and we were lucky enough to spot three. 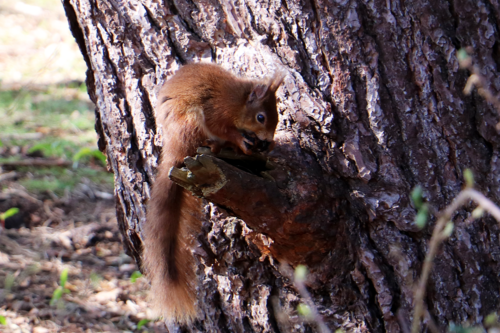 A red squirrel we spotted on Brownsea Island

There are also clifftop walks, which lead down to rocky beaches. If you explore the far end of the island you can see where the first Scout camp was held by Baden-Powell in 1907. 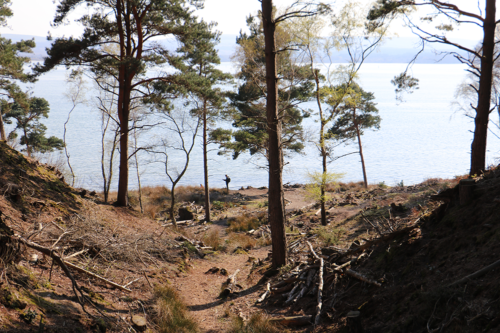 A trip to an island, always led to an adventure for the Famous Five and we wished we had longer here. But our only adventure was nearly missing the last boat back!

This is a fabulous way for Enid Blyton fans to spend their ‘hols’ with lashings of fun.

You can base yourself in the Isle of Purbeck but it is only a 25-minute drive to family-friendly Bournemouth which has more accommodation and activities for children if you want to make your Famous Five day into a mini-break in Dorset.