We discover all the best places and activities for children in Exeter, Devon 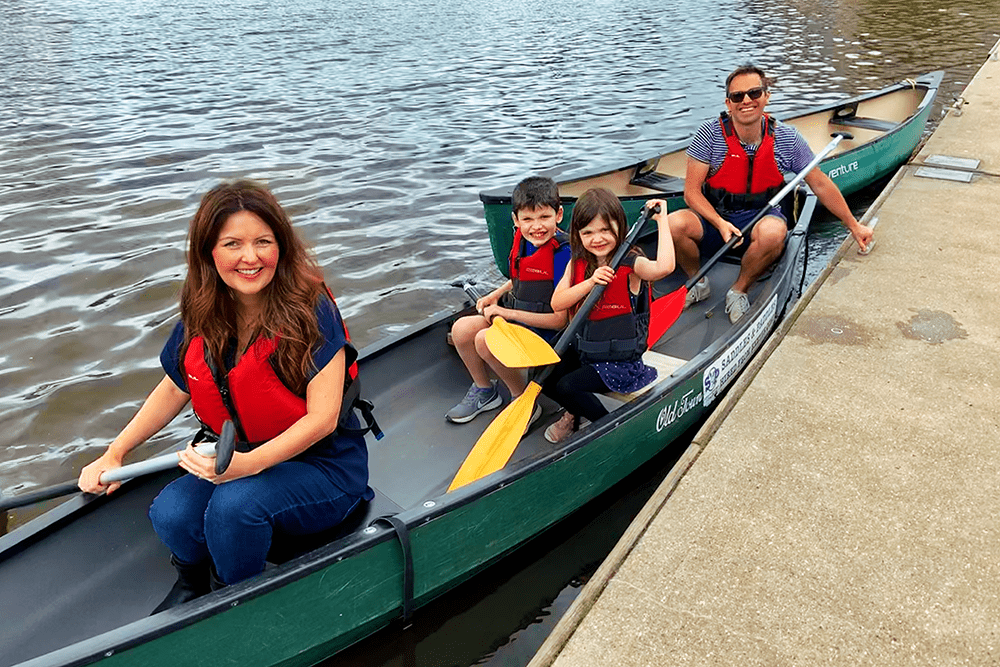 But it’s the outside of this terraced house in Exeter which has inspired our visit.

It’s where my husband lived when he was at university in Devon – and now he’s come back with a wife and two children in tow. 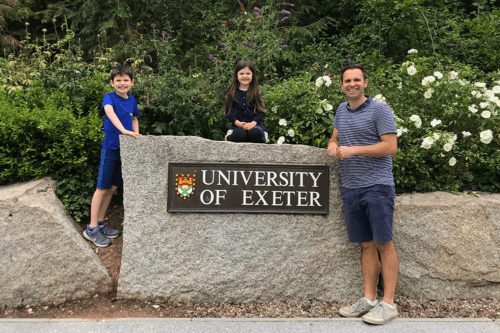 His time as a student hadn’t resulted in much knowledge of whether the city was child-friendly.

But on our short break we discover there is plenty – apart from taking a trip with dad down memory lane – to entertain the little ones.

This is the best place to start – the bustling waterfront has quirky shops, bars, restaurants and wide paths for cycling, scooting and strolling alongside the River Exe and Exeter Canal. 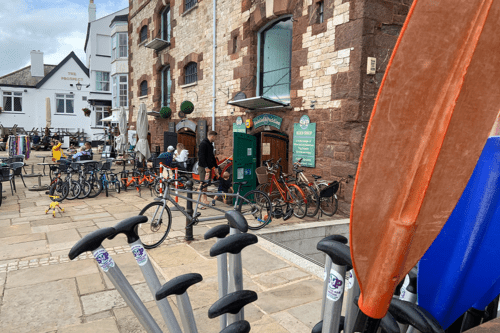 We take a different mode of transport by hopping into a canoe, hired from Saddles & Paddles on the Quayside. As the name suggests they hire bikes and boats from a waterside store.

After a cheery and comprehensive briefing, the four of us are paddling, occasionally even in unison, along the river and then canal. 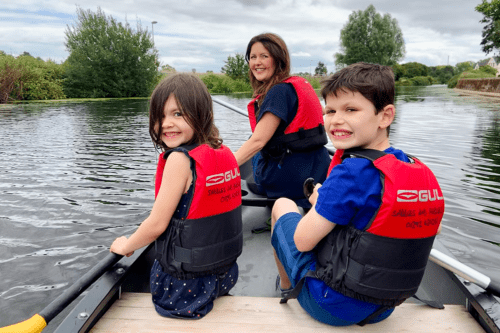 Family canoe ride on the River Exe in Exeter

We work as a team to travel the two miles or so to the Double Locks pub where you can moor up and grab a drink in the large garden, which has a playground and plenty of space.

We then turn round and head back to the Quay, returning via a super low bridge which you have to duck under.

The canal is very safe as no motorboats are on it, just canoeists, kayakers and paddleboarders. It is a peaceful and fun way to start our visit.

Where is child-friendly to eat in Exeter?

After working up an appetite, we tuck into giant pizzas at On The Waterfront, which is next to Saddles & Paddles. It has good outside seating and an atmospheric inside in an old customs house. 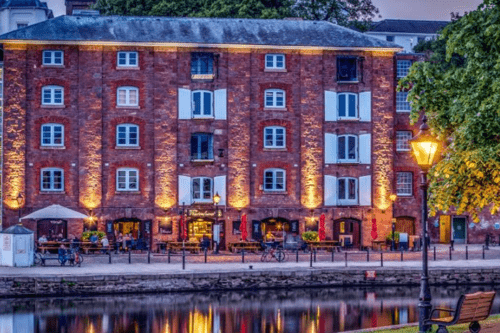 On the Waterfront restaurant

The children’s pizzas, only £6 each, disappear in a flash and even our large adult portions go down well. This is a good, friendly, relaxed family restaurant.

On the opposite side of the water, in a glass building, sits another excellent eatery. 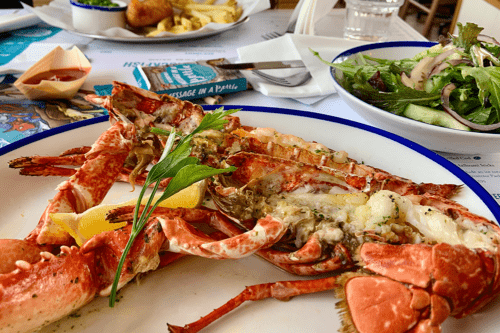 Rockfish is a chain with restaurants around the South West. It’s known for its fresh seafood and changes its dish of the day daily to reflect what’s come out of the waters around Devon.

I have a fabulous lobster and our children tuck into tasty fish and chips. 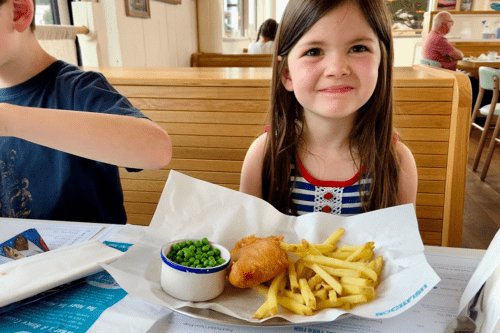 The children’s menu, well priced at £7.95, includes an ice cream dessert and a great pack of goodies to keep them entertained.

MORE:  Chocolate, Harry Potter, trains and Vikings - all the ingredients for a family trip to York

It has a puzzle book, dolphin jigsaw, card games and colouring pencils.

The activities all carry a message about protecting the maritime environment. 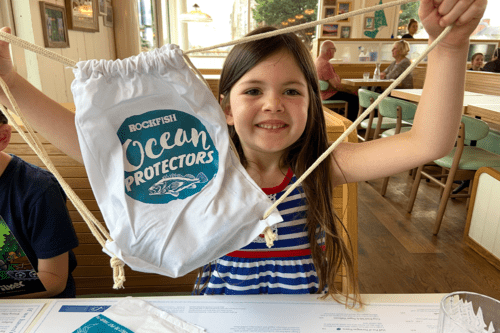 Once you’ve headed up the steep streets (Exeter is a fairly hilly city) into the city centre, the cathedral should be your first stop.

The Cathedral Green is a lovely space and inside the large cathedral (entrance £5 adults, children free) you can collect a free children’s activity booklet, guiding you around the building with questions and clues to answer about what’s inside. There is also brass rubbing sheets you can do at a cost of £2. 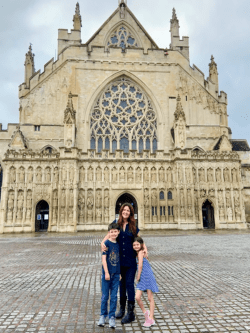 Exeter is an historic city with links to the Romans, Normans and more. You can wander past Sir Francis Drake’s favourite pub – the half timbered Ship Inn, as you walk from the cathedral to the castle.

It is more castle walls really than traditional fortress but most of the walls sit in Northernhay Gardens, the oldest public open space in Britain, which dates back to the 1600s. 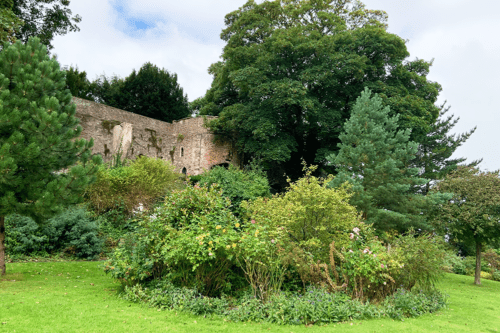 Today the gardens are peaceful, picturesque and a good space for children to run around.

If you exit the gardens via the war memorial and turn left you come to Exeter’s most colourful street, Gandy Street, with coffee shops and bars lining the cobbles. It is a good spot to stop for snack or drink.

MORE:  Tintagel Castle in Cornwall – review, guide and top tips for your visit to the King Arthur attraction

The RAMM and Underground Passages

Two of the city’s other top attractions are closed when we visit.

And we were sad to miss the city’s Underground Passages where guided tours have taken place since the 1930s. They were designed to bring clean drinking water from natural springs outside the walled city. 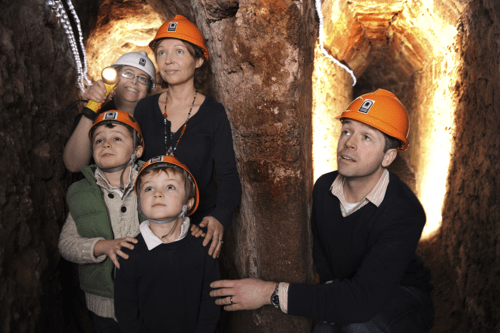 One place which wasn’t closed – and very much open to the elements as we discover on a wet walk – is Haldon Forest Park. 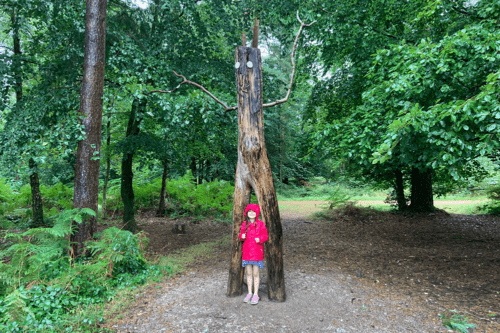 About four miles outside the city, this large woodland area is packed with walkers, cyclists and Segway riders.

There is a Go Ape course, cafe, playground and lots of different length trails to tackle. As it’s pouring, we take the simple green route, which is a 1.5 mile circular walk with spectacular views out towards the sea.

You could easily spend most of the day at this large park, especially if you brought bikes with you.

There are other attractions on the outskirts of Exeter like Crealy Theme Park and Darts Farm Shopping Village.

The city is only around half an hour from the seaside resorts of Exmouth and Dawlish, as well as the hills of Dartmoor.

MORE:  The 'World of David Walliams' is being created at a popular theme park

If you wanted to you could base yourself in the city and explore all of those areas.

But our time in Exeter is up and we have created plenty of new family memories to add to the student stories from two decades ago.

RELATED CONTENT: Delight in Devon on a family holiday to Dawlish with our children

We were provided with complimentary meals and activities through Visit Exeter for this trip. All opinions are our own.