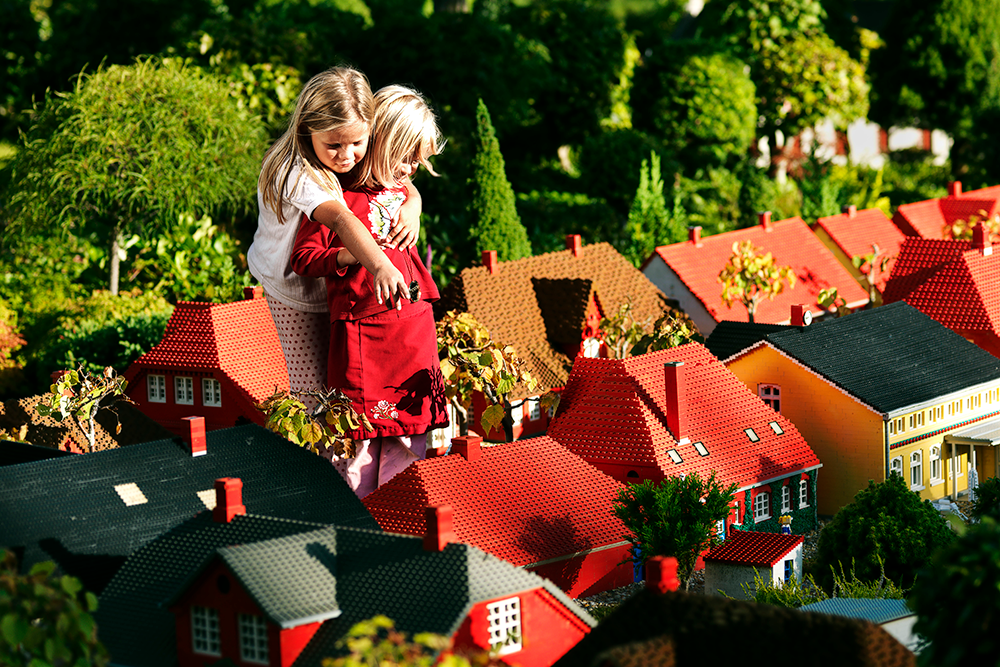 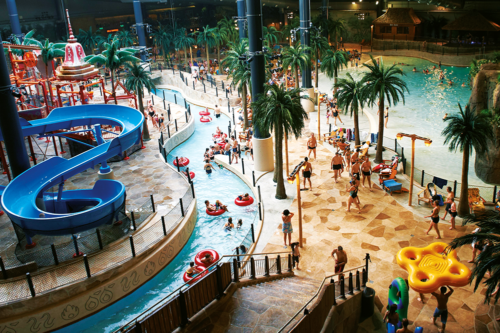 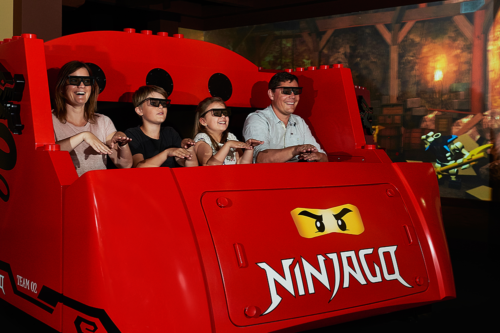 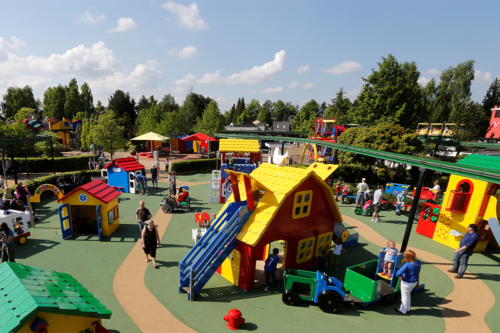 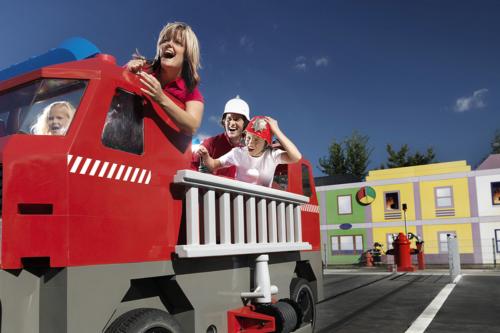 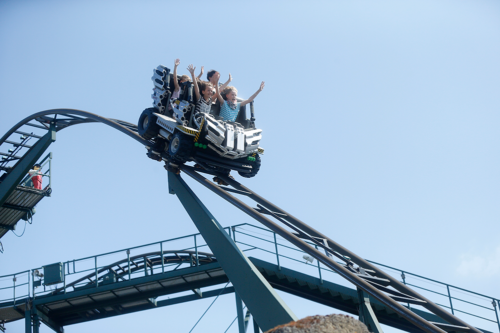 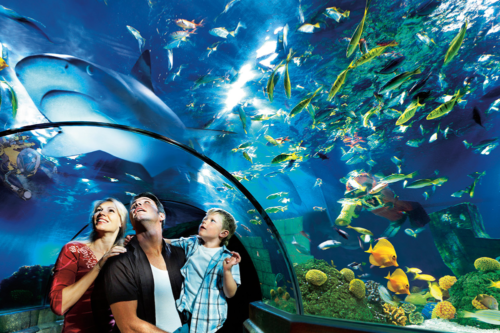 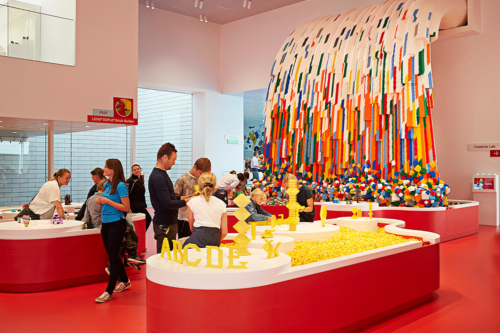 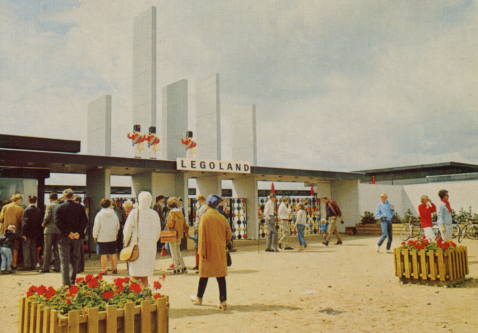 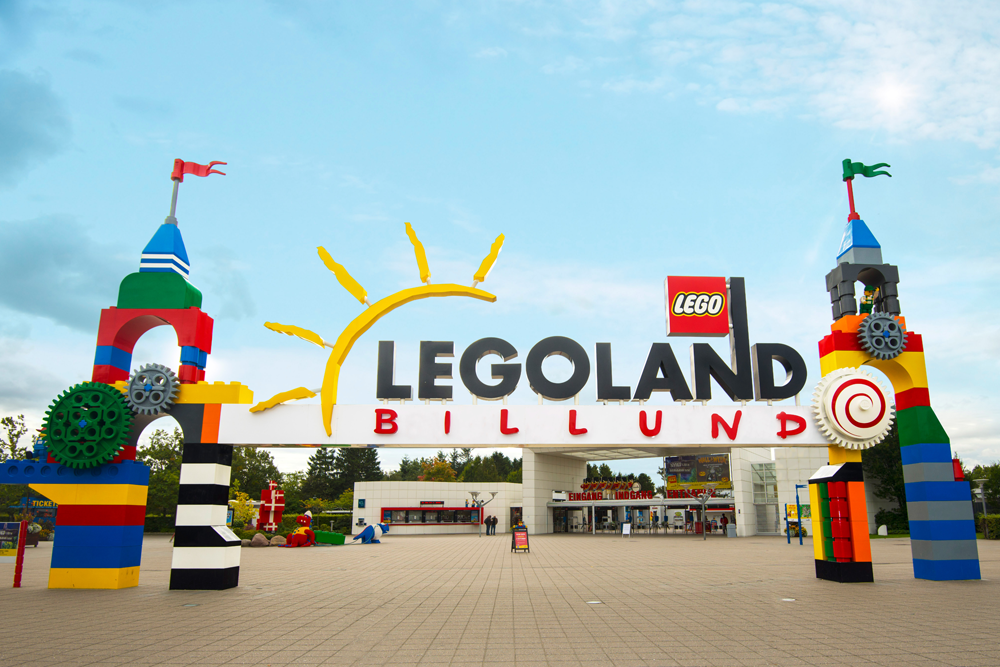 Will the home of LEGO live up to children’s expectations on a trip to LEGOLAND Billund in Denmark?

We took our two LEGO fans to Billund in Denmark where it all began – read our review here.

How to do LEGOLAND in style.

Step 1. Don’t settle for LEGOLAND in Manchester. Or even Windsor. Go one better and head for the original LEGOLAND park itself in Denmark.

Step 2. Arrive in style in your own personal jet.

Step 3. LEGOLAND not enough entertainment for you? Stay at a neighbouring water park, to really keep little thrill seekers happy.

Billund in Denmark is a small town with a lot going for it.

It is THE home of Lego.

It was here where the company made its very first toy brick in 1932 and then built the first LEGOLAND park in 1968.

The entrance to LEGOLAND when it opened in 1968.

We flew direct from Manchester with Sun-Air (which works in partnership with British Airways) on a tiny plane.

Its motto “Not bigger – but better” was true of our flight – the 32-seater was carrying only eight other passengers so felt like a private plane.

The 90-minute journey was short enough for our excited children to pass as quiet and well-behaved.

Fares are on the higher side but you can use Avios air miles to make tickets more affordable and this is really travelling in style.

There was no waiting around in our seats at either end and ours were the only bags on the carousel at the sleek and modern Billund Airport.

Lalandia tropical holiday resort – just across the road from LEGOLAND – is our home for three nights. It is bursting with entertainment, all under one roof (for our full review of Lalandia click here).

But the Aquadome is the number one reason to stay here. A huge indoor water park which really puts Center Parcs in the shade. 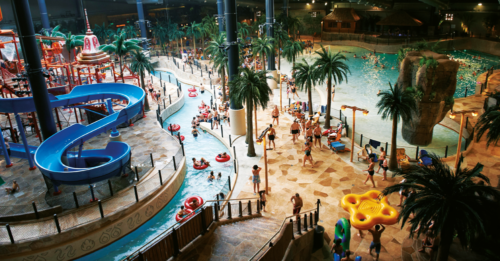 There are slides for all ages and bravery levels, warm toddler pools, a wave machine, gentle rapid ride and a giant splash zone where a 1,000 litre bucket of water loudly deposits its contents every few minutes.

The other main sound we heard was our children shouting “again, again, again” as they raced from the bottom of one slide to the top of the next.

You could easily spend all day in the Aquadome. But that would mean missing out on the impressive soft play area, small winter wonderland ice skating rink, tenpin bowling and mini golf.

And there’s a “town square” of shops and restaurants, all underneath a beautiful indoor sky, reminiscent of Las Vegas hotels. 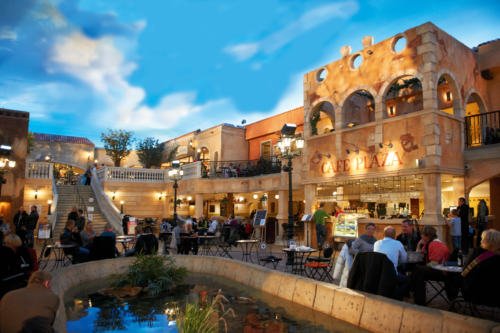 The town square at Lalandia

We stayed in a fantastic two-bedroomed lodge in the grounds, kitted out like an IKEA showroom and with everything we needed.

Our holiday home at Lalandia

Lalandia is a holiday in itself but we still had LEGOLAND Billund to enjoy, a theme park created using 65 million of those toy bricks, which still rate among the world’s most popular toys.

It is divided into themed areas with Miniland at its heart. Recreations of old Amsterdam and Danish ferry terminals may have passed our son by – but the Star Wars section, depicting scenes from all the films, did not. 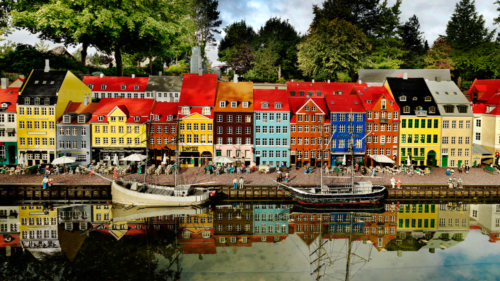 His highlight was a ride where you race your own fire engine, pump out water and then hose down a (pretend) blazing building. We did that four times.

They both also loved the NINJAGO World where visitors can test out their Ninja skills.

The park isn’t huge so if the queues are short – as they were for us – you can pack it all into two days with ease.

Rides are mainly aimed at pre-teens and families so suited us perfectly. There wasn’t much we couldn’t go on. 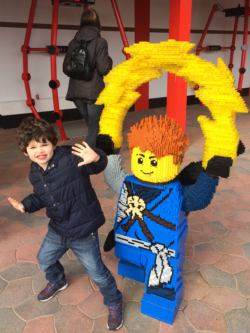 In fact, that’s the beauty of Billund. From airport, to accommodation, to attractions, everything is geared for families to enjoy.

The town has built its success on the back of those little bricks. And it has built a near-perfect short break.

Accommodation:  We stayed as guests at Lalandia tropical holiday resort for the purposes of this review. All views are our own.

Travel: Flew from Manchester to Billund with Sun-Air.